Premise[ edit ] The show's premise revolves around general contractor Mike Holmes visiting homeowners initially in the Greater Toronto Area in the earlier seasons, but also to various locales across Canada and the United States, starting with the seventh season who are in need of help, mainly due to unsatisfactory home renovations performed by hired contractors.

A typical episode has homeowners describing their experiences with the previous contractor, including what had caused the original contractor to leave the work incomplete or with substandard work often under Ontario building codes. Holmes would also go into detail to explain why the work he sees is substandard and needs to be replaced during the repair process.

The original contractors are never named on the shows, although an episode of CBC Television 's Marketplace has done investigative journalism behind a sixth-season episode and exposed the contractor alleged to have been at fault. However, in the end, Holmes presents the homeowners with a completely finished place, often with a few extra surprises.

Throughout the rebuilding process, Holmes often comments on the professionalism of the people hired for the job or lets other contractors talk about how to build things correctly. On some occasions Holmes has vented out his frustrations with previous contractors' substandard work in front of the camera.

Particularly for projects involving new homes, Holmes often criticizes the developers for following minimum code and trying to save as many costs as possible.

Several episodes have deviated from this formula: Some contractors hired on the show have even donated time, materials, and labor to help homeowners in need.

We're sorry we had to press the pause button, but you are using an unsupported browser.

The remainder of the work is funded by the TV production company, but in some cases, Mike Holmes personally contributes funds towards the repairs. Holmes did not intend that he appear on camera, but the producers made this a condition of the deal.

Although submissions to be on the show were initially few and far between, with Holmes doing work on small botched jobs early on in the series, the number of submissions quickly ballooned by the show's fourth season.

As a result of the show's popularity, Holmes had been able to start up the Holmes Foundation, a charity organization which helps raise awareness of skilled trades. Construction crew[ edit ] Although Holmes serves as the show's host, he brings with him several other equally skilled contractors who are regulars on the series although not all appear in all seasons: Crew[ edit ] The construction crew in the seventh season is as follows: With the departure of Shawn, Damon became the senior contractor starting in the sixth season.

He is also the only series regular other than Mike himself to be part of Pasadena His specialty is carpentry, though he started in bricklaying having come from a long line of bricklayers and roofing.

Adam Belanger - Adam is another senior contractor who joined Mike in the fifth season. His specialty is in landscape and concrete work. Corin Ames - Corin, known affectionately as "Pinky", was the first female labourer on the show, starting in the fifth season. 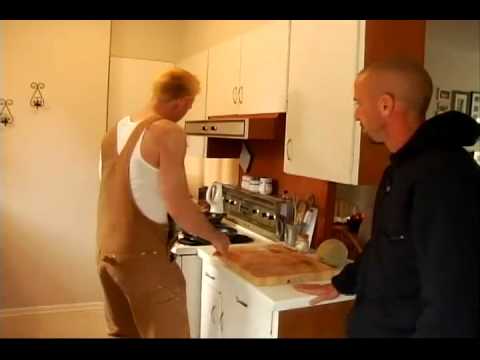 Peter Lundy - Peter is introduced late in the sixth season. Billy Bell - "Uncle Bill", Mike's uncle, is the truck driver for the Holmes tool truck itself introduced in the fifth season to replace a series of trailers.

Former crew[ edit ] The following is a list of past crew members who have appeared in earlier seasons:Holmes on Homes Episodes.